The statistics on payday loans in Oklahoma are grim:

But statistics only tell part of the story. Susan Hakel, a mother whose son got caught in the payday loan trap, shares this account of what happened to her family:

In 2010 my son went to work for Verizon in Phoenix, AZ. About six months later he found himself short of cash and went to a Payday loan company for a short term loan of $300. The agreement was that $450 was to be directly debited from his next paycheck.  My son was let go from his job later that week, and didn't realize that his final paycheck would not be directly deposited as usual.  There were insufficient funds in his bank account so the loan debit "bounced", triggering penalty charges both at the loan company and at the bank.  The check was "bounced" back and forth many times over the next week (we estimate the payday loan office resubmitted it twice a day) while my unsuspecting son was busy moving back to Oklahoma City.

Ten days later the bank charges were up to $600 and the Payday loan shark listed penalties, interest and principal of the $300 loan at $600.  We went to the bank to ask how we could make the endless cycle of bouncing the loan back and forth stop. The bank said they could accept $400 in cash to zero out the bill with them and they would put a "stop" on the bouncing for 30 days to give my son time to settle up with the Payday folks.  Without my infusion of cash, there would have been no way for my son to have escaped from the spiraling debt, since even if he got a job immediately, he would not have had a paycheck big enough to pay everyone off at once.   It became clear to me that the loan company (and the Chase Bank for that matter) made windfall profits not only from excessive interest rates, but from the extra fees they are able to generate.

Dr. Lee Cooper, pastor of Prospect Baptist Church, has fought against the payday lending trap for years, instituting budget and money management classes in his congregation and preaching against these types of loans. “Just as Jesus drove out the moneychangers so should payday loans be outlawed,” he says. “According to Jesus, the moneychangers were a ‘den of robbers’ who undoubtedly charged exorbitant rates, thus taking advantage of those who seemingly had no other options. This is the exact same reasoning of the payday loan industry: they argue that they make loans to people who otherwise would not be able to obtain loans through conventional means.”

In fact, payday lenders charged Oklahoma families $52 million in fees in 2015 alone. That’s $52 million that didn’t get spent in the local economy, at grocery stores, auto dealers, and other retailers. 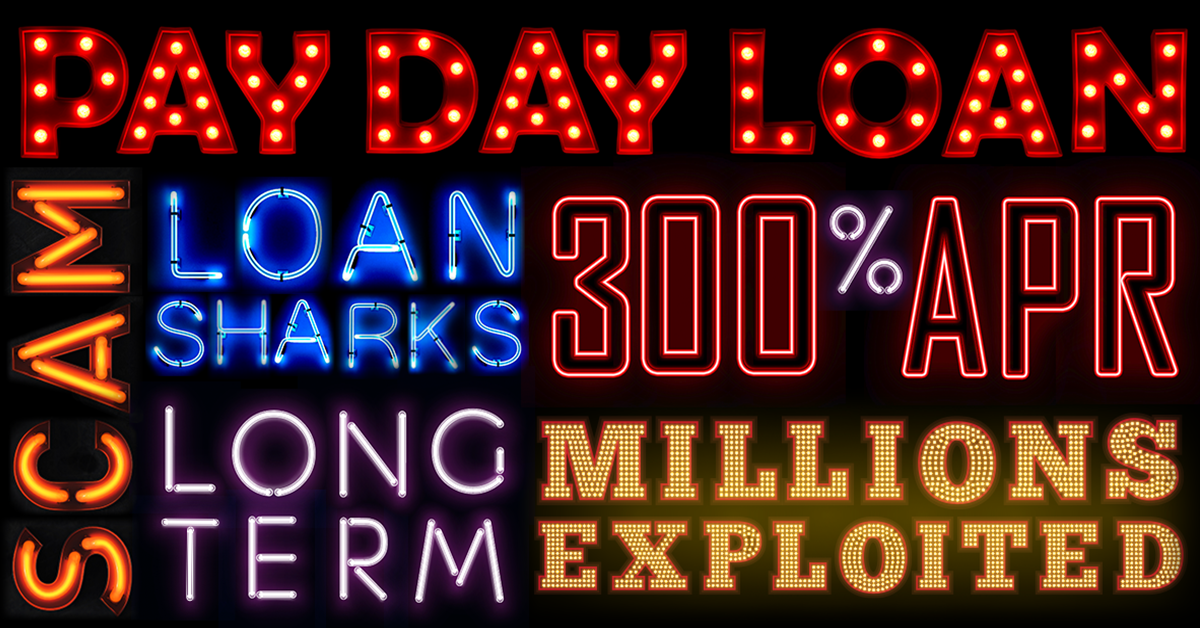