Story of the State Superintendent

Emily Sewell is a leader at Mayflower Congregational Church. She has been a speech-language pathologist in Oklahoma's public schools for more than 30 years.

This event was sponsored by VOICE Action Fund Inc. 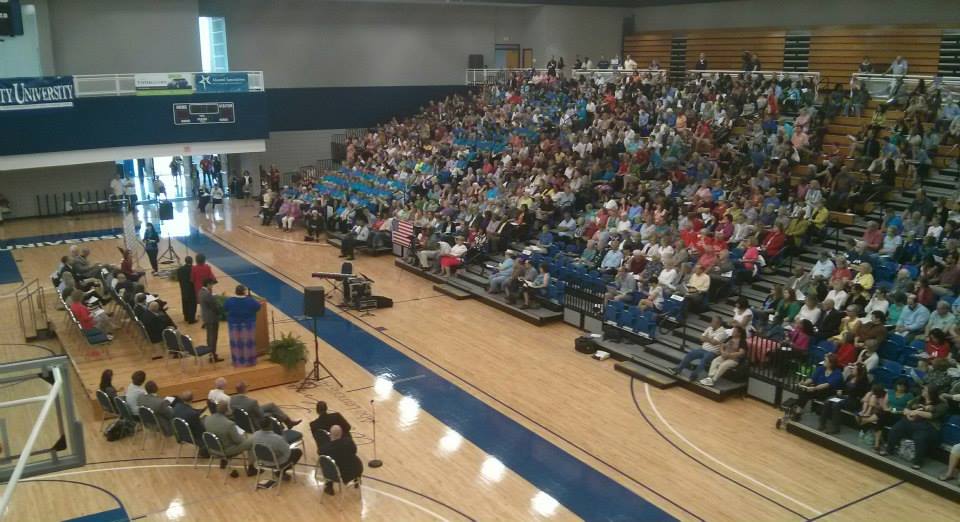 Among some of the first issues VOICE sought to address were concerns about policies and experiences of families in our public schools. After more than a year of conversations, meetings, research actions and event planning VOICE engaged the candidates for State Superintendent of Education. VOICE came to life for me at the planning meetings for, and at the Accountability Session for State Superintendent of Education which was held in June of 2014 at Oklahoma City University.

This event involved coordinated planning by many member organizations of VOICE over several months.  Even before the actual event took shape, VOICE had been gathering data and opinions of Oklahomans across the state while looking at the A-F grading system and high-stakes testing which affected public schools throughout the state.  At numerous gatherings, VOICE members had made presentations about the grading system, asking serious questions of those who attended regarding the impact receiving poor marks makes on teachers, students and entire communities.  The results of these gatherings were compiled into an informative set of questions to be asked of the Candidates for State Superintendent.

All the candidates running for the position were invited to the Accountability Session, and all showed up to answer the questions and to hear the personal stories presented by educators, including me, a Speech-Language Pathologist for Oklahoma City Public Schools, as well as several students and pastors from VOICE member institutions.  All except that is, the State Superintendent at that time, Janet Barresi. It was apparent during the Session when she was unavailable to answer questions, that this was a poor choice made by Ms. Barresi. Ms. Barresi was NOT reelected; Joy Hoffmeister went on to win her primary and defeated John Cox in the general election.  Ms. Hoffmeister and Mr. Cox both participated enthusiastically in the Accountability Session, and most participants (more than 1200) in the Session appeared to approve of their responses to the questions. 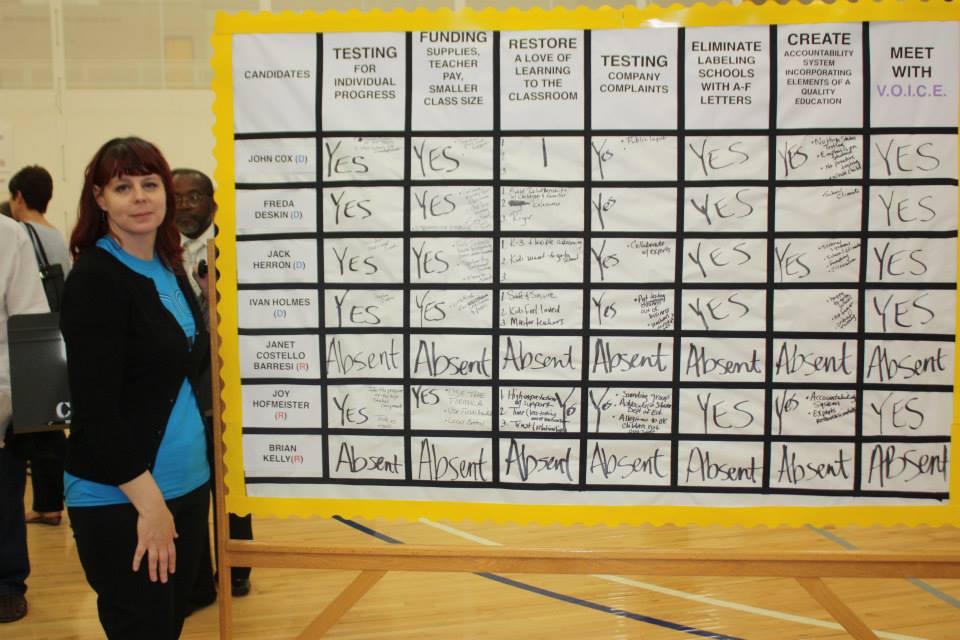 As a Storyteller at the Accountability Session, I can truly say that I was significantly affected by this experience.  It taught me the value of Community Organizing, and the long term effect we can have as Organizers upon our community.  I sincerely believe that many people were affected by VOICE’s efforts to organize such a large event, and not just those who attended.  Children of our state were impacted by the role VOICE played in bringing to light injustices that were occurring in our schools, including the A-F grading system and high stakes testing.  Although the grading system is still in place, it has been modified, and while testing still occurs, it does not occur at as many grades levels.  Oklahomans are more likely to know about the impact both of these have on children/students, and to work toward a better system of validation of knowledge.  Ms. Hoffmeister has been open to working with VOICE and to listen to concerns of everyday Oklahomans; each candidate was asked if they had a willingness to do so.

These outcomes are what matter; VOICE has made, and continues to make an impact on both Oklahoma City residents and residents across our state on a daily basis!