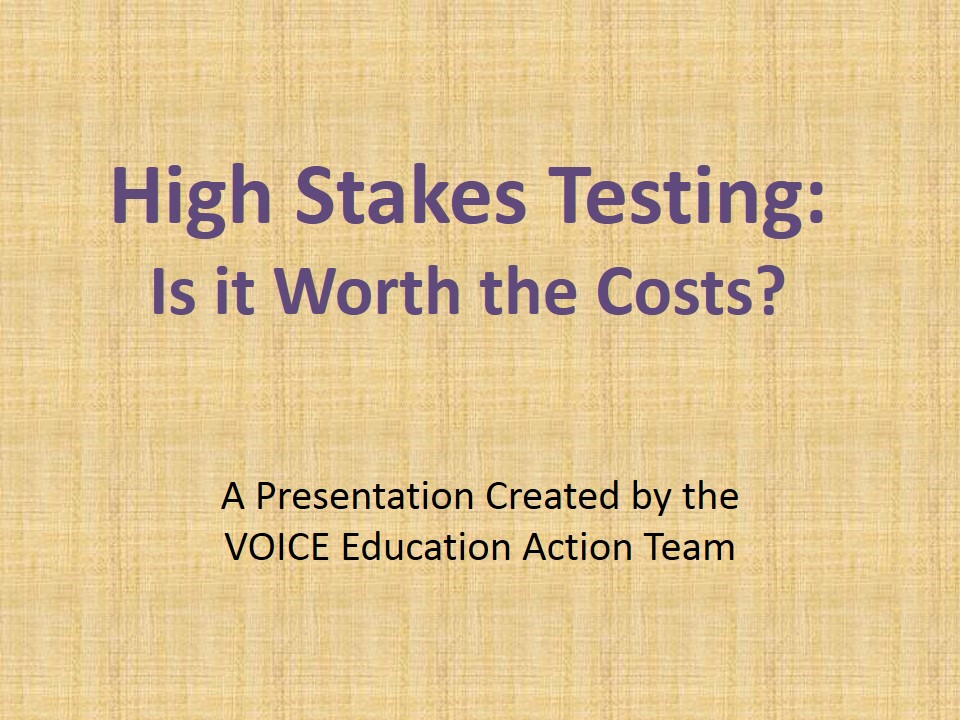 St. Charles Catholic Parish is a mixed community that includes families with various cultural backgrounds. There are families of northern European descent that have been in the United States for generations right next to new immigrant families from eastern Asia, Africa, Mexico, and Central and South America. It is a blessing to have so many families from so many places worshipping and serving under one roof. Some of the families are very recent arrivals, so English is a new language for them. The American cultural system that is unique to Oklahoma is also quite unfamiliar. We have seen the struggles that present to many families in various manifestations, including in the local public school system.

Several years ago the public school systems in our area were required to use extensive testing to evaluate a student’s level of learning. Through our work in VOICE we participated with other churches to hold house meetings in which parents met in small groups of 8-12 to discuss the forces that placed pressure on their families. In these conversations, parents shared stories of the impact of testing on their children, including stories of confusion and discomfort.

Children who were not able to pass the third grade reading test were required to repeat the grade before being allowed to continue on in school. There were no processes by which parents and teachers could appeal the decisions made for particular students. The reason for the testing was unclear to parents who could not communicate sufficiently in English and who did not understand the process. After house meetings several parent leaders investigated the issue and then took action. They invited the staff person of a local school system who was responsible for children who spoke English as a second language to come and meet with parents at the church. Two important things came from that meeting.

The staff person, who spoke English as well as Spanish, was able to explain the rationale for the testing in Spanish so that more parents could understand. He also stressed the importance of reading to and with children in ANY language, as it has been shown to help children develop interest and love of reading.

It also came to light from those meetings that many parents and children in the group had never been to or used the services of a public library. It was a completely unfamiliar benefit of the community. From that surfaced a group action of visiting the local public library. Parents and children gathered at the church, drove to the local library and visited with a staff person of the library who gave a tour and explained the library system. They were even shown a section of the library where Spanish language children’s books are kept. Before leaving each child and each adult was issued a library card in order to use the library system.

Working with VOICE, we learned that one-quarter of the children who failed the third-grade reading test were English language learners (they were only exempted from taking the test if they’d been in the school district for less than two years), and half of them were children with IEP’s. Working with several organizations, we fought for and won a process through which third graders who failed the test could move forward to fourth grade, if a committee that included their parents, third grade teacher, and fourth grade teacher unanimously agreed that the child was capable of moving forward in spite of the test results.

We need schools that use testing to help children succeed by diagnosing learning challenges, rather than using the tests to punish children or grade entire schools based solely on one test.